BETWEEN THE S.R. OF VIET NAM AND JAPAN

- In 1975, Viet Nam and Japan opened their Embassies in Hanoi and Tokyo respectively. Viet Nam and Japan then signed a Post-war Reparation Agreement, through which Japan provided compensation to Viet Nam in the form of Official Development Assistance (ODA).

- From 1979-1991, due to the Cambodia issue, Japan suspended the agreed assistance and both countries had limited political engagement.

- In 1992, Japan resumed assistance for Viet Nam. Since then, the bilateral economic, political, and cultural ties have been expanded, with rising mutual trust and understanding between both sides. Japan is currently a leading economic partner of Viet Nam in terms of ODA, investment, and trade volume.

- In July 2004, the Foreign Ministers of both sides issued the Joint Statement “Toward a Higher Sphere of Enduring Partnership”.

- In November 2006, Prime Minister Shinzo Abe paid an official visit to Viet Nam. On this occasion, Viet Nam and Japan issued the Joint Statement “Toward a Strategic Partnership for Peace and Prosperity in Asia”. 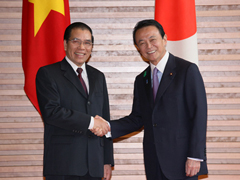 - In March 2014, Vietnamese President Truong Tan Sang paid a State visit to Japan. On this occasion, the two countries issued the Viet Nam-Japan Joint Statement on the Establishment of the Extensive Strategic Partnership for Peace and Prosperity in Asia.

- From 28 February 2017 to 05 March 2017, Their Majesties Emperor Akihito and Empress Michiko paid their first State visit to Viet Nam. 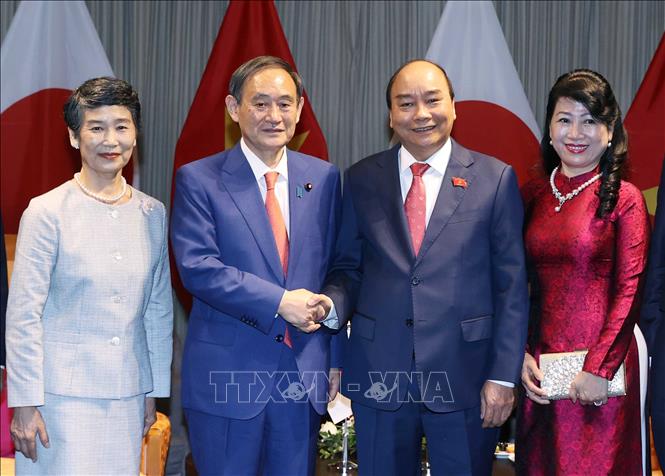