As of April 20, 2021, Japan has 4,690 valid projects with a total registered investment capital of 62.9 billion USD. Japan is currently ranked 2nd after South Korea (71.6 billion USD) out of 140 countries and territories investing in Vietnam.

Particularly in the first 4 months of 2021, Japan ranked 2nd out of 67 countries and territories investing in Vietnam, with a total investment capital of over 2.5 billion USD, just behind Singapore (4.8 billion USD), followed by Korea, China, Hong Kong, the United States, etc.

Some major Japanese projects in Vietnam:

Investment of Kansai region in Vietnam:

Investment of the Kansai region in Vietnam accounts for about 30% of the total investment of Japan in Vietnam. Up to now, there are 784 projects of the Kansai region (Osaka, Kyoto, Nara, Hyogo, Wakayama, Shiga) and some provinces (Fukui, Toyama, Ishikawa) invested in Vietnam with a total investment capital of more than 9 billion USD. The whole of Japan has 4,624 projects with more than 62 billion USD).

In the field of investment: Besides traditional industries such as manufacturing industry, production of components and accessories, agriculture, seafood processing. Investments in services and retail sector, finance and indirect investments also increased.

2. Vietnam - Japan Joint Initiative (SKCVN) is a special dialogue mechanism between agencies of the Government of Vietnam and the Japanese business community to solve problems, absorb proposals, encourage The Japanese side's proposal on the process of amending and perfecting Vietnam's legal policies on business and investment. The meeting was co-chaired by the Minister of Planning and Investment, the Ambassador of Japan to Vietnam and the two co-chairs of the Vietnam Economic Committee, the Japan Economic Federation with the participation of representatives of the Ministries such as: Industry and Trade, Finance, Foreign Affairs, Labor, Invalids and Social Affairs, Science and Technology, Natural Resources and Environment, State Bank...

SKCVN was implemented since April 2003 and has completed 07 phases, 17 years of implementation. The Vietnam - Japan Joint Initiative affirms that it is a special and effective form of cooperation between Vietnam and Japan, bringing many benefits to Japanese enterprises investing and doing business in Vietnam as well as actively supporting Vietnam in improving the business investment environment, strongly attracting foreign investment. Based on the results achieved in 7 phases, the two sides are continuing to implement phase 8 of the Vietnam - Japan Joint Initiative. 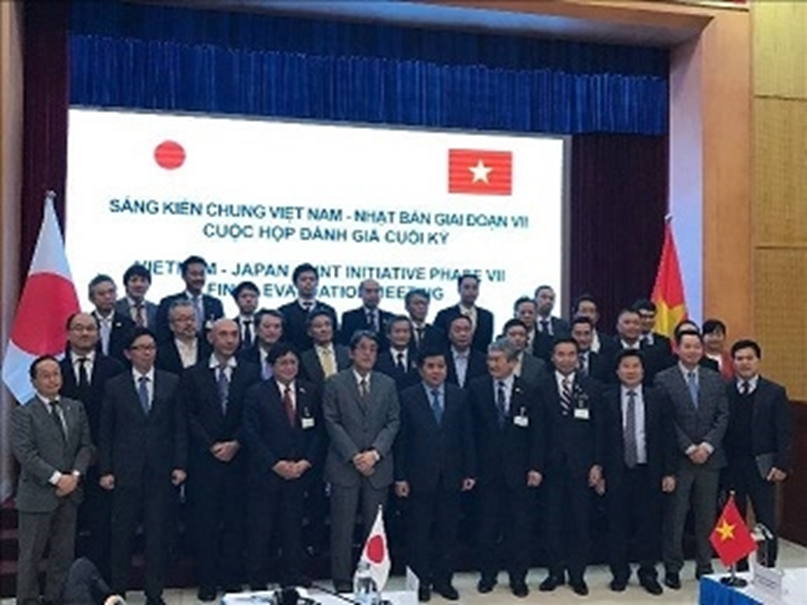 In the first 4 months of 2021, Vietnam has invested in 15 countries and territories, of which Japan ranks 14th with 01 new investment project, registered capital is 47,950 USD, accounting for only 0.01 % of total newly registered and adjusted capital in the period.