OVERVIEW OF THE VIETNAM-JAPAN

Since their establishment on September 21, 1973, the diplomatic ties between Viet Nam and Japan have been constantly and rapidly strengthened and expanded in many areas, especially in science and technology (S&T). The bilateral agreement on S&T Cooperation between Viet Nam and Japan was signed in August 2006, creating an environment conducive to greater collaboration and exchange of information among S&T organizations and scientists. To date, four Joint Committee Meetings on S&T Cooperation have been held to discuss various fields of cooperation and deepen bilateral cooperation in S&T in areas such as high-tech agriculture. new energy, environmental solutions to climate change, new material technology (including nano), application of biotechnology in herbal medicine and life sciences.

In addition, the MOU on S&T cooperation between the Vietnamese Ministry of Science and Technology and the Japan Society for the Promotion of Science (JSPS), signed on June 1, 2012, has established a solid framework to promote and support collaboration between Vietnamese and Japanese scientists in social sciences, humanities and natural sciences. 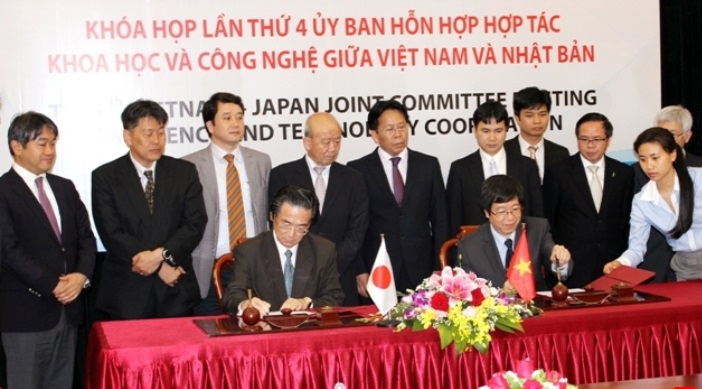 The Infrastructure Development Project of HHTP, funded by the Japanese Government’s ODA grant of 28.083 billion JPY, provides a coherent and modern infrastructure system for long-term investment in high tech areas. Japan has also assisted in training and testing IT personnel in accordance with the Japanese skill requirements, provided investment promotion training, and supported the promotion of investment from Japanese enterprises in HHTP.

Currently, a number of foreign enterprises have invested in HHTP. These include NIDEC Group with planned investment in 05 projects on an area of ​​about 25 hectares, and Nissan Techno Corporation’s investment in a R&D center for automobile engines.

The MOU signed between the National Office of Intellectual Property (NOIP) of Viet Nam and the Japan Patent Office (JPO) in October 2014 has paved the way for the sharing of experience on regulations and application of relevant laws with the aim of improving the IP legal framework. Furthermore, the two agencies have collaborated in organizing IP training courses in Viet Nam and Japan for Vietnamese officials, IP conferences and seminars targeted at different audiences, such as in universities, research institutes, enterprises and IP rights enforcement agencies, in order to raise awareness of IP. The two agencies have also exchanged official information on IP-related matters to facilitate information search and usage. 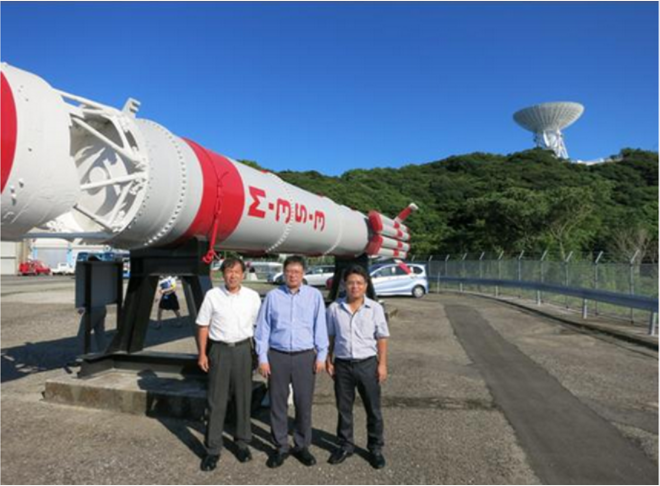 5. Cooperation in the field of standards, measurement, quality

Under the MOC between the Directorate for Standards, Metrology and Quality (STAMEQ) and Japan Industrial Standards Committee (JISC), JISC has assisted STAMEQ in building human resource training programs and promoting the exchange of experts in standards and conformity assessment.

There is great potential for cooperation between the Kansai region and Viet Nam, especially in education, training, and joint research projects. Many universities in the Kansai region (such as Osaka University, Kyoto University) have admitted Vietnamese doctoral students in various programs, including agriculture, new materials, automation, and environment. In particular, Osaka University and Viet Nam Academy of Science and Technology signed a cooperation agreement on training and research. Good progress has been made in the implementation of joint research projects such as the project on “Multi-beneficial Measure for Mitigation of Climate Change in Viet Nam and Indochina Countries by Development of Biomass Energy”.

On cooperation among localities, Da Nang city (Viet Nam) and Sakai City (Osaka) have signed a MOU under which Sakai will assist Da Nang in human resource training in IT and share experiences in environmental management. In the private sector, despite the tremendous potential for cooperation in science and technology between SMEs of both countries, the actual results have been modest so far./.